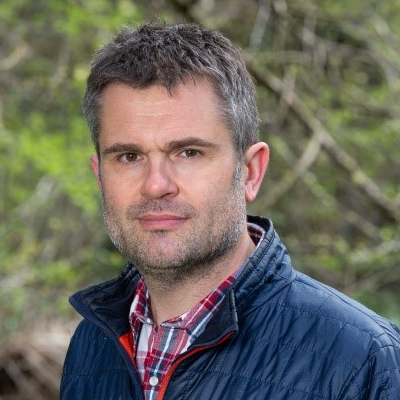 Craig Bennett started as Chief Excecutive of The Wildlife Trusts in April 2020, with the ambition of putting a third of the UK’s land and sea into nature recovery by 2030.

He has been described as “one of the country’s top environmental campaigners”, and by The Guardian as “the very model of a modern eco-general”. He was recently listed as one of the UK’s top “social media CEOs”.

Before acquiring his role at The Wildlife Trusts, Craig was the CEO of Friends of the Earth for five successful years. Prior to this, Craig was deputy director at the University of Cambridge Institute for Sustainability Leadership (CISL), and director of The Prince of Wales’s Corporate Leaders Group on Climate Change (from 2007 to 2010). He maintains his links with The University of Cambridge, as policy fellow at the Centre for Science and Policy (CsAP), and as a senior associate at the Cambridge Institute for Sustainability Leadership (CISL).